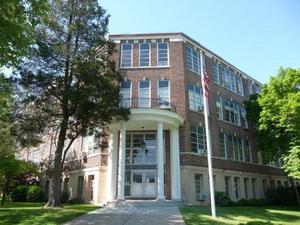 The Westfield Board of Education is seeking applicants who are interested in serving on the Board through December 2019 to fill the vacancies resulting from the resignations of Lynn Benner and Charles Ostroff.

The Westfield Board of Education is seeking applicants who are interested in serving on the Board through December 2019 to fill the vacancies resulting from the resignations of Lynn Benner and Charles Ostroff.

Citing new work-related conflicts, Mr. Ostroff, who was re-elected in November 2018, said he is “saddened” that he can no longer serve on what he considers “a great Board.”  “I am grateful for my time on the Board and for the people who I have met during my tenure,” he added.  Mr. Ostroff’s resignation was effective January 14, 2019.

Elected in November 2017, Mrs. Benner stepped down effective January 15, 2019.  “This was not an easy decision for me to make,” she said in a resignation letter.  “In the past year, I have enjoyed and learned much from the collaboration with my fellow board members and Superintendent Dolan.  I have witnessed the dedication and respect with which the board provided the greatest educational rewards to the Westfield community.”

Westfield citizens interested in filling the Board vacancies through December 2019 should submit their resume or letter of intent to Board Secretary Dana Sullivan, Westfield Public Schools, 302 Elm Street, Westfield, NJ 07090 by 4:00 p.m. on January 31, 2019.

To be considered for a seat on the Board of Education, a candidate must be:

The closed interview session will take place in the evening of February 5, 2019 (time to be determined) in the Board Room at 302 Elm Street.  The vote to select the candidates will be in public and is expected to take place at the board meeting that evening.

The newly appointed Board members – and any eligible Westfield resident – would be required to run for the unexpired portions of Mr. Ostroff’s and Mrs. Benner’s terms following the election process established by the County.  The election for an unexpired 1-year term for Mrs. Benner’s seat and a 2-year term for Mr. Ostroff’s seat would take place on November 5, 2019.

Following the resignation announcements by Mrs. Benner and Mr. Ostroff, Board President Peggy Oster thanked them for their service and professionalism.   “The contributions Mr. Ostroff and Mrs. Benner have made to the Board and to the students of Westfield have been tremendous.  Both have volunteered considerable time and expertise to maintain the tradition of excellence in Westfield Public Schools,” said Oster.

Mr. Ostroff chaired the Budget and Finance Committee and served as a member of the Facilities, Long Range Planning, and Technology committees.  Mrs. Benner served on the Legislation and Policies committees.

Questions relating to the candidate application process can be directed to Dana Sullivan at dsullivan@westfieldnjk12.org or 908-789-4400, ext 4402.